‘There’s anticipation that everyone’s going to place orders for quarter one and quarter two of next year, but I don’t think anybody’s feeling the urgency’ -Don Kelley, Western Edge 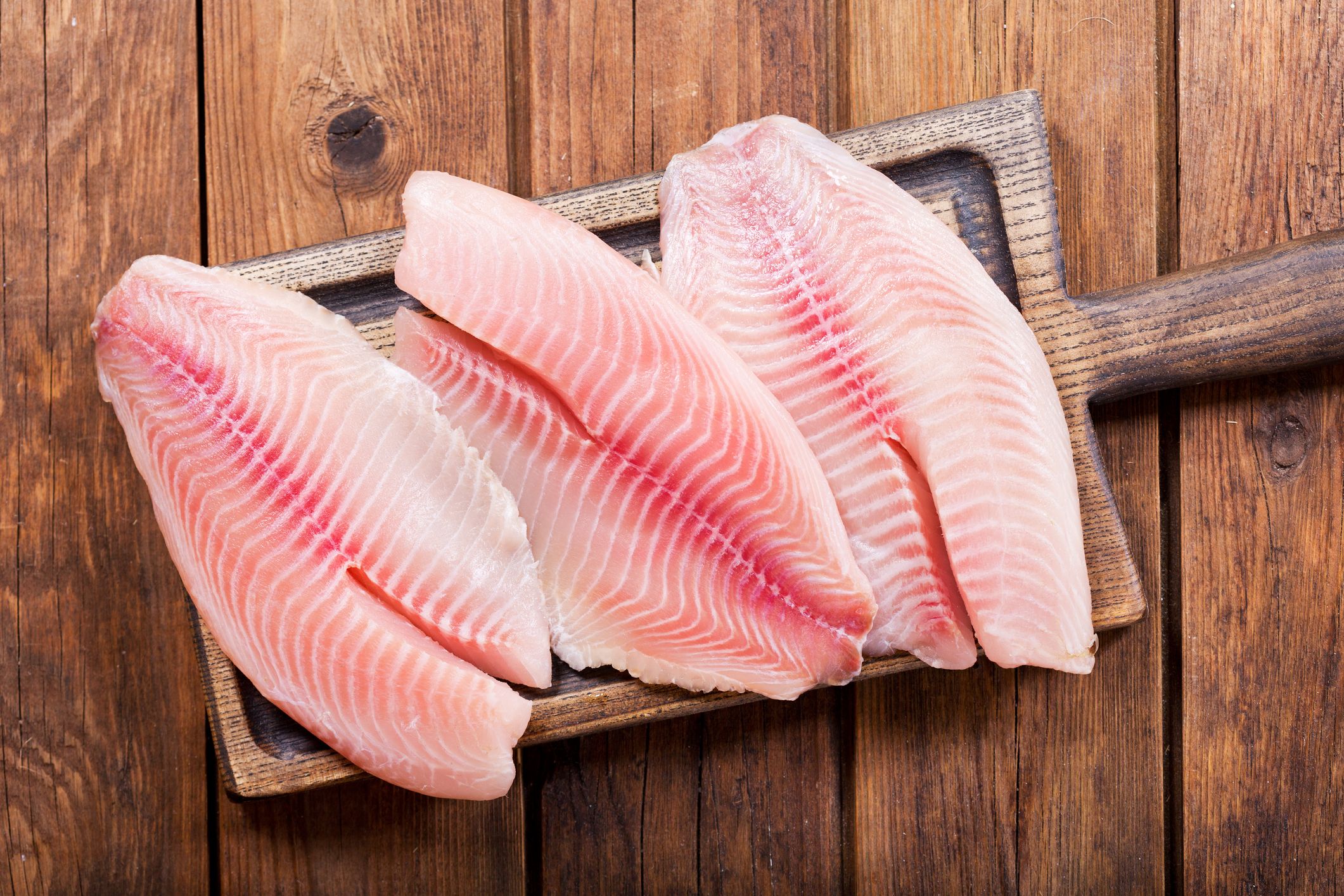 Prices for one of the US’ most consumed seafood species — Chinese tilapia — have entered a seemingly flat part of the rollercoaster track after a recent up and down ride.

Urner Barry on Tuesday (Aug. 23) reported the average price range for a pound of frozen Chinese tilapia fillets, cut at 3-5 ounce sizes with no moisture added, at $3.20 to $3.30 per pound, the same price range that’s been reported multiple times since at least July 21. This after dropping 7%-12% from the high average range of $3.55-$3.65/lb seen as late as June 14.

Tilapia prices had bounced up and down a lot until recently plateauing, Don Kelley, procurement manager at Western Edge, a seafood importer in Washington, Pennsylvania, confirmed to

Undercurrent News on Wednesday. He believes a big earlier price increase was driven in part by Chinese tilapia being a low-to-moderately priced staple items during a period where prices for other seafood was spiking. 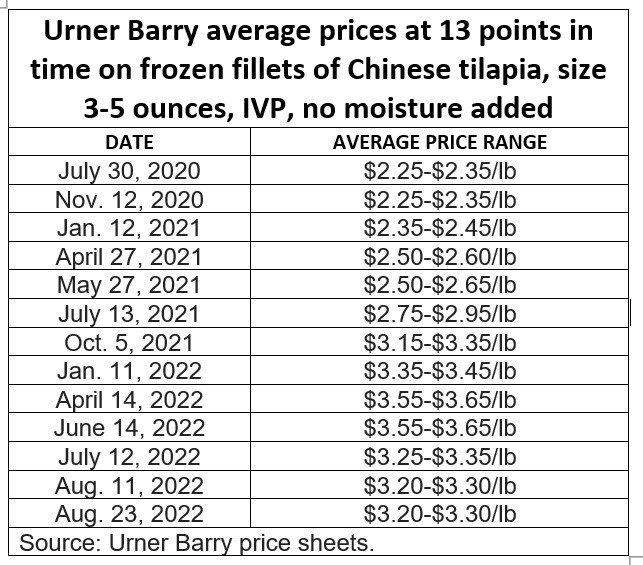 Kelley believes the more recent price drop was simply a matter of the market catching up, as seafood companies found themselves flush with tilapia inventory and not in a hurry to buy more product. Kelley said he had information some months ago that orders were slowing down from the US, but that has stopped and the market remains relatively stable at the moment.

His company and others, he believes, still have adequate inventory.

“There’s anticipation that everyone’s going to place orders for quarter one and quarter two of next year, but I don’t think anybody’s feeling the urgency,” he said, adding: “August is the usual time for that kind of activity.”

A drop in demand in international markets

Undercurrent reported earlier this month how tilapia prices, in China, had fallen by 30% in three months amid a drop in demand from international markets.

Landy Chow, a marketing manager based in China for frozen food distributor Siam Canadian Group, said several large processors were expecting tariffs to be dropped in August. To avoid being caught out importing the last goods hit with 25% duties, US buyers held off from purchases, he said.

Between July 2018 and March 2022, over $1 billion was paid in tariffs for Chinese seafood, including $262.7 million for frozen tilapia, according to an Undercurrent estimate using trade data from the National Oceanic and Atmospheric Administration.

Back in May, president Joe Biden said removing tariffs on Chinese goods was “under consideration”, amid concerns about rising consumer prices and inflation. Then in June, the White House said all options were “on the table”, followed by comments in July that the government was “studying the tariffs”.

“Everybody is looking and waiting for when this new tariff might start. We thought it would be in the middle of August,” said Ma Xiaohan, marketing and communications manager at Ocean Treasure, a Chinese seafood trading company. “[But] after [Nancy] Pelosi’s trip to Taiwan, we don’t know what’s going to happen.” 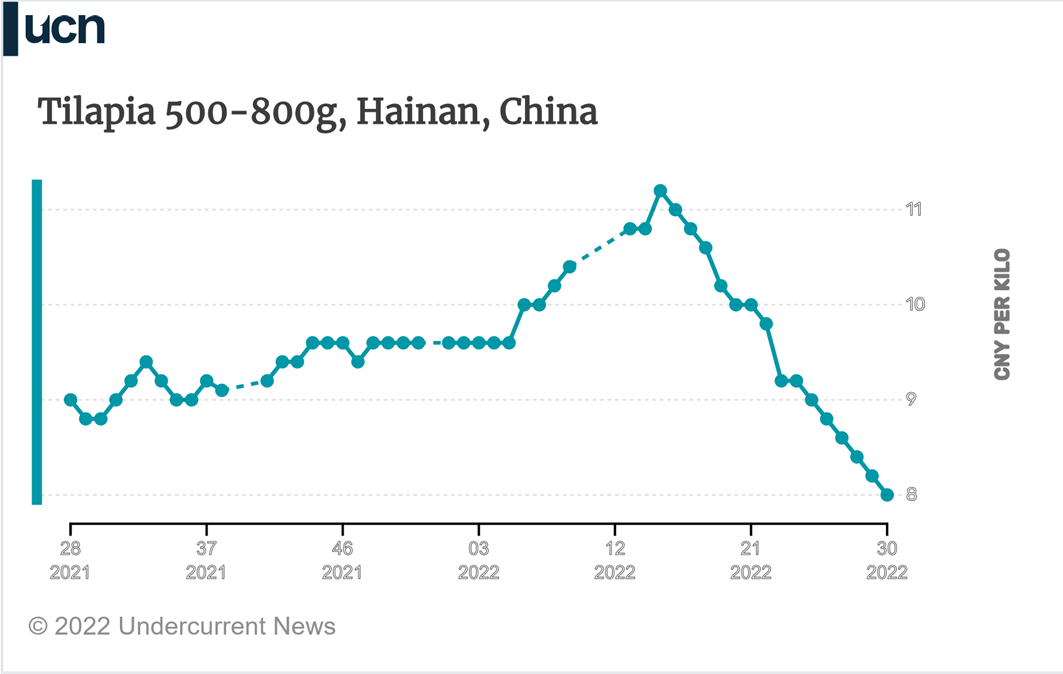 Meanwhile, US imports of tilapia have continued to increase every year since 2017 following a steep drop from 2016 (see table below). In 2021, the US imported 192,414t of tilapia worth 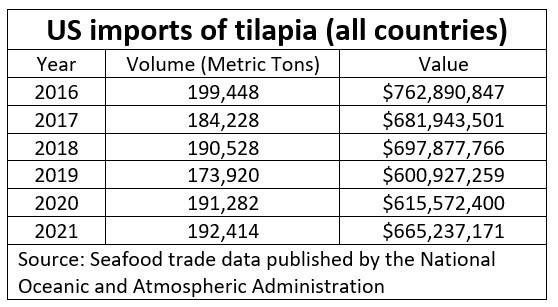 62% market share maintained by China in the first six months of 2021. 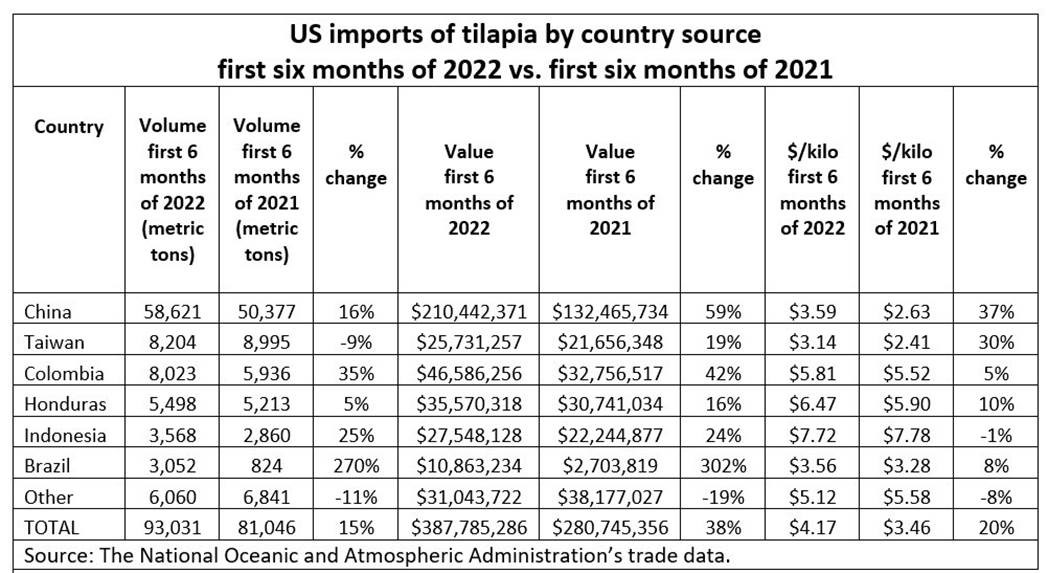 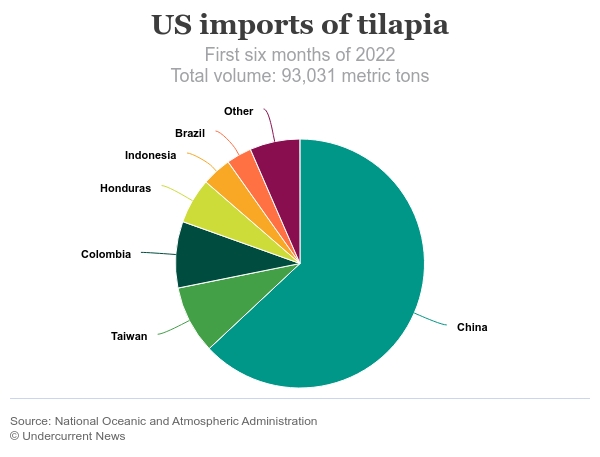 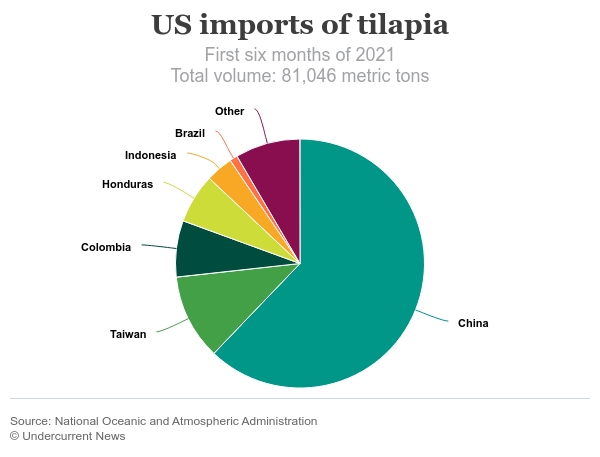 NOAA’s data, which is always about two months behind, shows pricings climbing quickly. 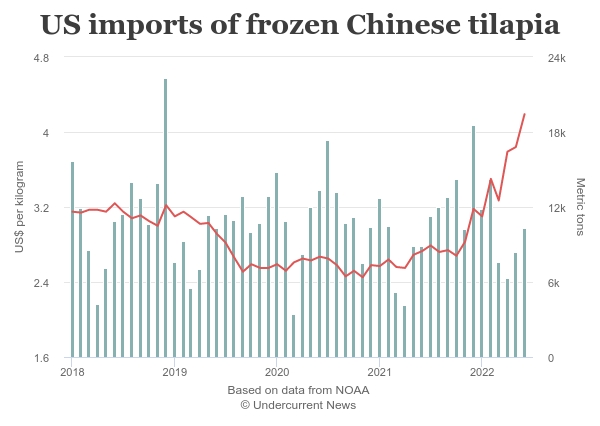