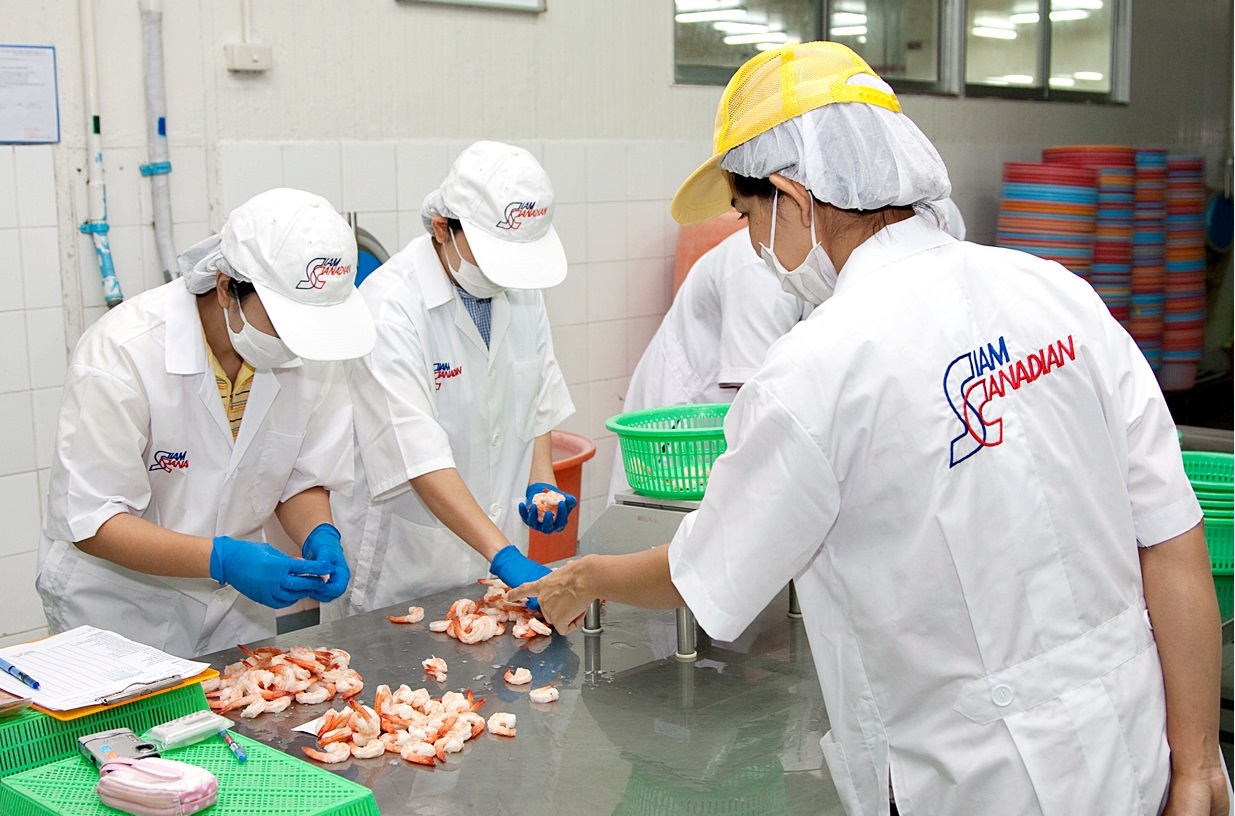 Jim Gulkin epitomizes the global businessman. He’s a Canadian who holidays in Quebec’s Eastern Townships over Christmas and for six weeks each summer. But his company, which specializes in farmed shrimp, has always been headquartered in the Thai capital of Bangkok. It’s called Siam Canadian Group. “Siam is the old name for Thailand,” he explains, “and Canadian is me.”

If that sounds low-key, Gulkin’s aspirations are anything but. He already has created a frozen seafood-trading empire, with eight offices in six Asian countries. And aquaculture is rising as an important source of global food production, as growth in wild-captured seafood wanes and some observers worry that tapped-out fishing stocks face potential collapse in the decades ahead. Farmed fish now accounts for more than 42% of the world’s total production, up from just over 13% in 1990, according to the UN Food and Agriculture Organization. Farmed shrimp, meanwhile, has grown into the largest single seafood commodity in terms of value. The trend puts Siam Canadian at an interesting place.

When Gulkin founded Siam Canadian in 1987, he was a high-school graduate without a business degree or any first-hand knowledge of running a business—or of seafood. He had spent much of the mid-1970s backpacking throughout Europe, Africa and the Middle East, making him comfortable with different cultures. He then joined the oil industry, first as a roughneck in Alberta, then as a technician with Schlumberger Ltd., based largely in Indonesia but with frequent trips to nearby countries. In his travels, Gulkin discovered something that spawned the idea for Siam Canadian: Besides being a nice place to live, Thailand was also a rising food exporter.

Gulkin made contacts among Thai food processors and with importers in different parts of the world, including Canada. He started exporting canned products from Thailand, such as pineapple and tuna. He then took a cue from the fact that the country was becoming a major producer of farmed black tiger shrimp. As he gained more contacts among Thai processors and importers abroad, his business started to take off, earning either a middleman’s markup or getting a commission. By 2014, Siam Canadian’s gross sales had risen to $320 million; Gulkin says that the privately held company is very profitable. “At the beginning, it was very difficult because nobody was really taking me seriously,” he says. But things connected: “It was the right time, right place. And I started to grow the business from there.”

It hasn’t been easy, though. Farmed shrimp is a complex business, buffeted by factors such as weather, market fluctuations and disease. It has also attracted vocal criticism because of its environmental impact. The World Wildlife Fund has taken issue with how shrimp farms can destroy ecosystems, as organic waste and chemicals seep into groundwater and coastal estuaries. In 2011, the influential Natural Resources Defense Council called shrimp “meals of mass destruction.”

Gulkin says the criticisms are good, because they encourage better, cleaner farming techniques. But he stands by farming as the best way to feed a hungry planet. “I think people have to look at the big picture: There aren’t enough fish in the oceans,” he says. “People don’t want to eat only meat; they want to eat seafood, as it is healthier. They want to have an alternative. If the only alternative is to eat wild-caught shrimp or whatever, that’s going to be a problem.”

The industry has been changing dramatically over the past three decades, pushing Gulkin to adapt. Black tiger shrimp have largely given way to vannamei shrimp, a faster-growing variety that is more uniform and can be farmed more densely. More importantly, other countries have challenged Thailand’s pre-eminent status as a global shrimp producer.

But as the shrimp industry has grown more competitive, Gulkin has responded by expanding beyond his home base in Thailand, opening offices in Vietnam, China, India, Indonesia and Myanmar. These countries are not always easy places to do business, especially as a foreigner. Thailand, Gulkin says, was always relatively progressive in its attitude toward international trade and the importance of confidence and trust. Other countries have been more challenging, particularly Myanmar, but most had one thing in common: They were export-oriented. “So they’re always pretty friendly to somebody who wants to come in and help them sell their products,” he says. “There weren’t any real barriers.”

The expansion has given the company a global reach, trading with importers in more than 70 countries, with a heavy emphasis on Europe and North America; the United States has become the world’s largest shrimp consumer. Siam Canadian has also diversified beyond shrimp, trading products such as squid, tilapia, cuttlefish and value-added prepared seafood that provide a smoother financial ride when prices fluctuate (shrimp prices have been on a roller coaster recently).

Gulkin is not done yet. He sees more expansion ahead, with sales rising beyond $500 million over the next five to seven years, as Siam Canadian gets more involved in importing and distribution. “In Thailand, we import salmon from Norway and Chile, squid from Peru, dessert products from Europe—and I think that is going to be a way forward for our other offices as well.”

Photos by Brent Lewin for Report on Business magazine