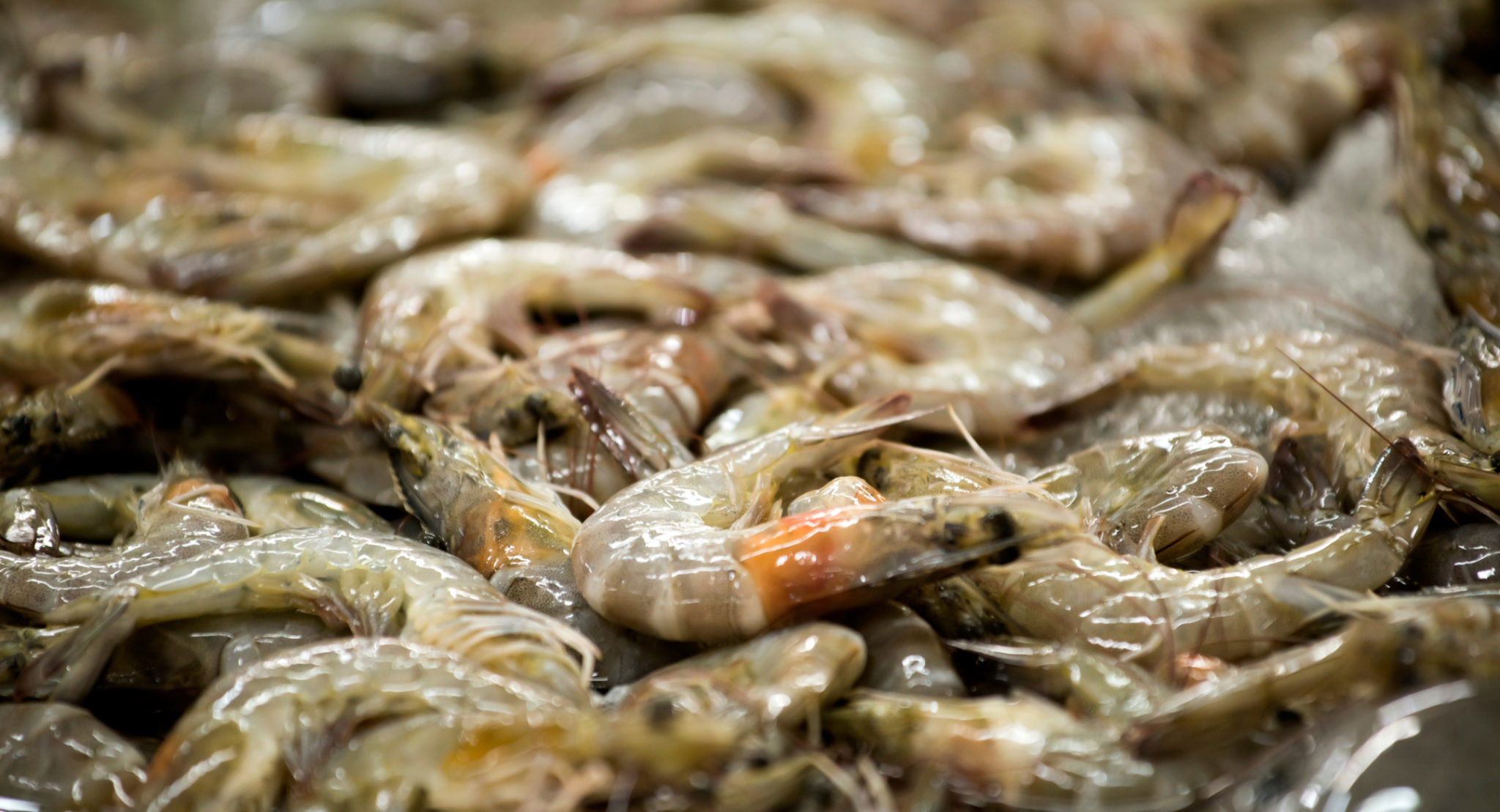 The bad news continues for US shrimp importers.

The September import volume and value numbers also were 9% and 11% respectively below the August numbers.

Also, there’s been another troublesome happening. For the first time in at least several months, the overall average price has declined, to $9.11 per kilogram in September 2022 from $9.22/kg in September 2021.

The latest data seems to represent a continued decline that was first predicted with the development of a market glut back in March. And to Jim Gulkin, CEO and founder of Siam Canadian Group, this means that if the holiday season — what he termed the height of the shrimp consumer season, from Thanksgiving (Nov. 24 in the US) to Super Bowl Sunday (Feb. 12) — isn’t a big hit, with consumers gobbling shrimp like it’s turkey, the industry is in a deep, deep slump. 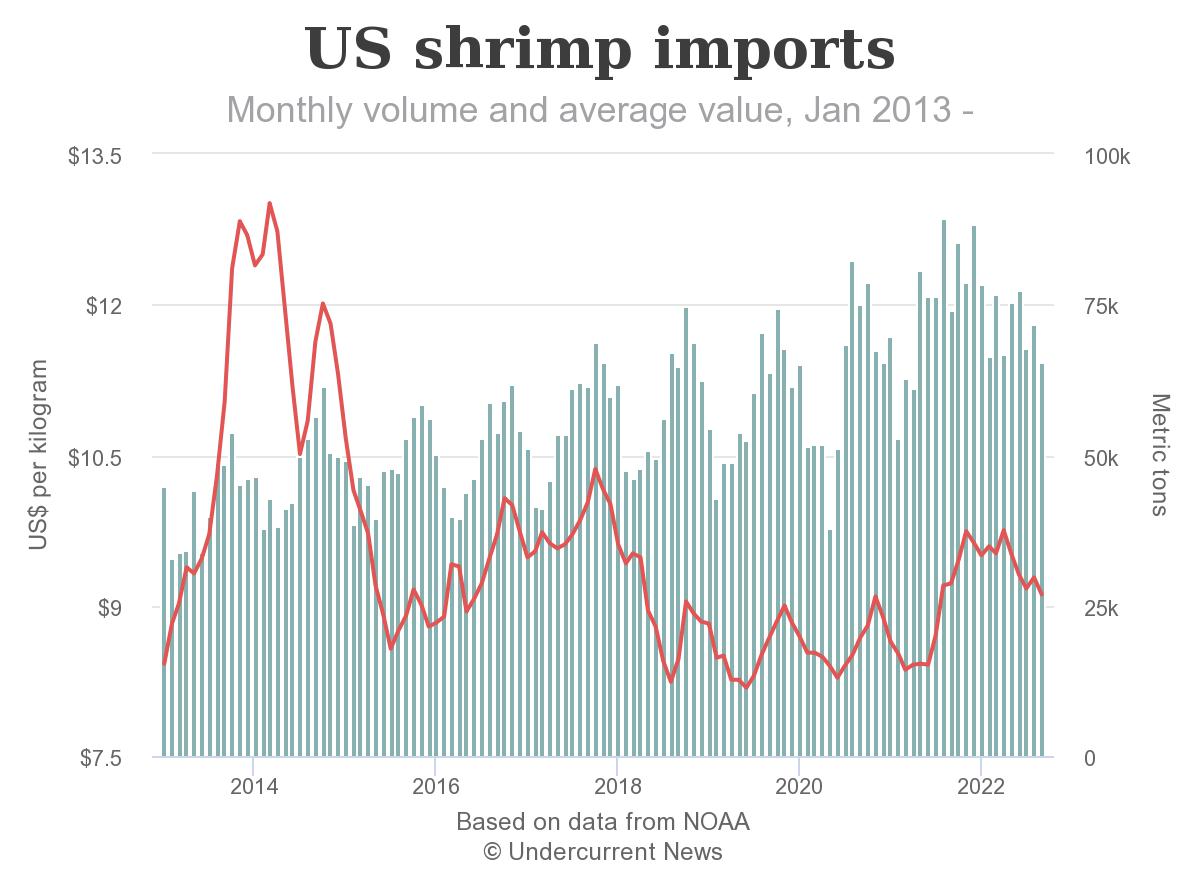 But he doesn’t think the slump will be all that profound.

“I think that there’s an overreaction or a knee-jerk reaction by consumers,” he said.

Toward that end, given the uncertainty and the imports producers’ habit in most cases of chasing rather than setting trends, Gulkin predicts that most of the countries that lead the list of top US importers — India, Indonesia, Vietnam and Thailand — are going to continue to cut back on shrimp production until the glut is alleviated. 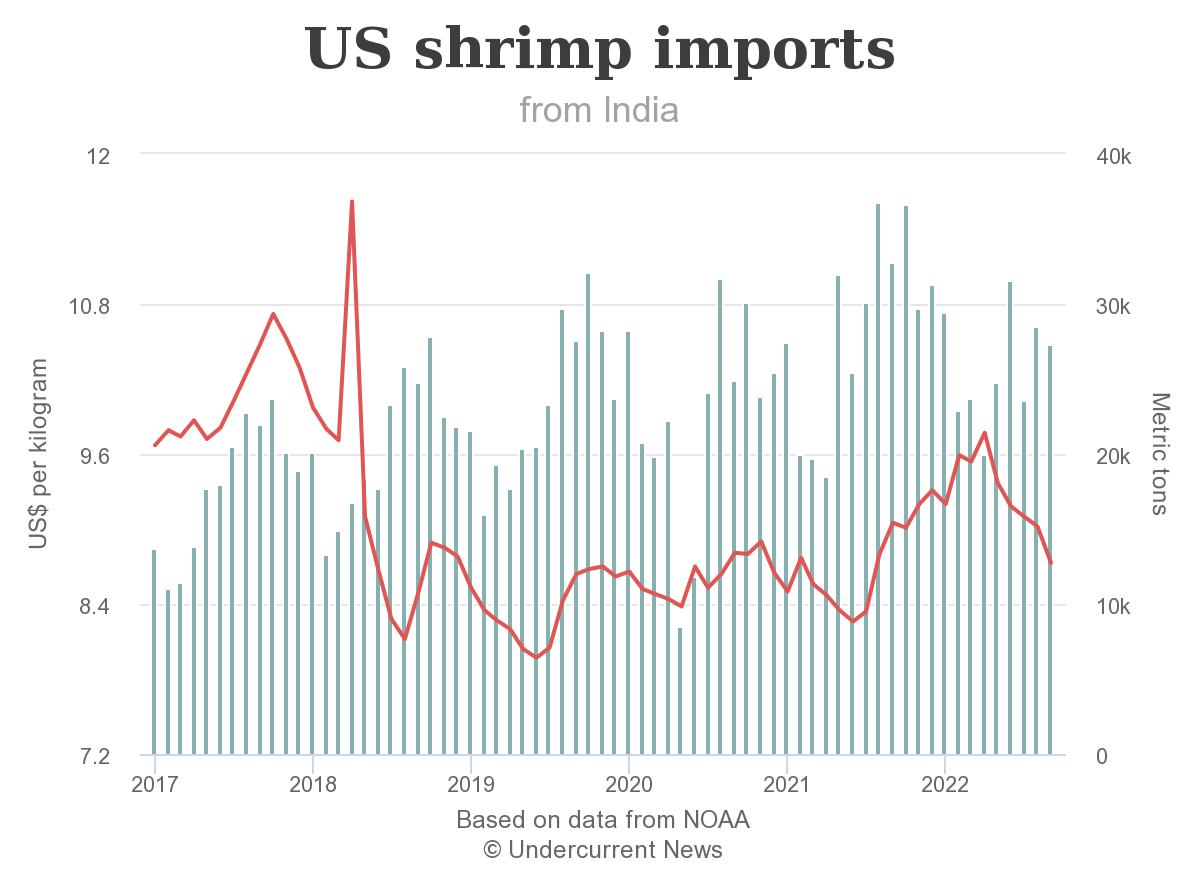 India’s production, Gulkin said, is likely to continue its decline as it faces glut conditions in other markets, including China.

“India’s sales to China have drastically slowed down,” he said. “There’s a big backlog. The Chinese have stopped accepting shipments [from India] even of contracts that were confirmed. And [with]containers that are shipped to China from India, the Chinese importers are refusing to pick them up unless the Indian exporters make a huge discount.

“So they’re playing hardball in a very difficult way,” Gulkin said, then paused to laugh ruefully. “Let’s put it nicely.”

This jibes with another prognosis. As Undercurrent has written, Ravi Kumar, president of the All India Shrimp Hatcheries Association and managing director of Vaisakhi Bio Marine, forecast in September that Indian vannamei production will drop around 8-12% to around 800,000t in 2022.

India also has a host of problems across its shrimp-producing sectors. Its farmers are among many in exporter nations whose costs are not being balanced by sales prices and an Indian government effort to rebalance that hasn’t been successful, as Undercurrent has reported.

“We may see it out of Indonesia as well because they’ve had a Hell of a time and their raw material prices have been dropping, “Gulkin said.

Like US shrimp imports from India, imports of shrimp from Indonesia (-9%), Vietnam (-31%), Thailand (-12%) and Argentina(-11) also declined in volume in September, NOAA’s data showed. Those countries also sent the US less shrimp in August2022, according to NOAA trade data.

They all will likely continue to cut production next month or in the coming months, Gulkin said, though he added: “Thailand doesn’t have much room to cut production. It’s already pretty low.”

Ecuador’s production and US imports could increase

Ecuador, which is usually No. 2 or 3 among US import sources by volume, probably won’t catch India as the US’ leading import source, but it is poised to close some of the gap between them, Gulkin said.

Ecuador was the only significantly-sized exporter of shrimp to the US that increased its volume in September. It sent the US 15,162t of shrimp in September 2022, a y-o-y improvement of 11%,though its exports to the US were 9% below the 16,752t sent in August 2022.

“India has to figure out their aquaculture,” Gulkin said. “Ecuador’s aquaculture has been very successful over the past few years. They have very high yields, very low disease problems, they are very efficient. India’s had big disease problems, and they had all kinds of issues duringCOVID-19 and everything. So India has much bigger challenges, and the industry is much different in India. It’s spread out amongst many smaller players, whereas in Ecuador, the majority is concentrated in the hands of a handful of big players.”

As Undercurrent has reported, Ecuador’s vannamei shrimp production could double from its 2021level to around 2 million metric tons by 2025. More technologically-advanced farming will continue to drive growth from 1.01m metric tons in 2021 to 1.35m metric tons in 2022 and over2m by 2025. 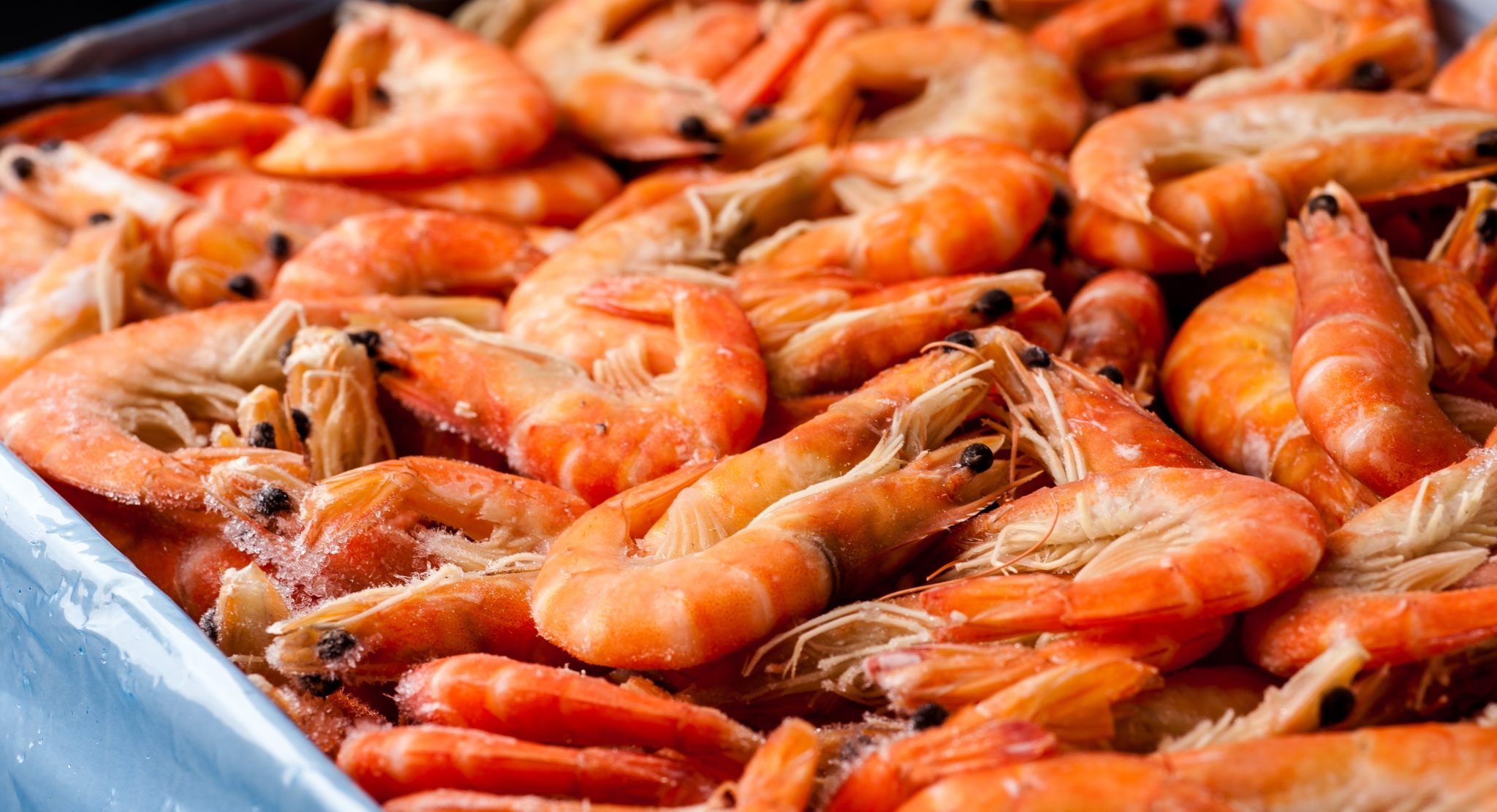 Gulkin can see several reasons why the downturn in imports could continue into 2023, but he also sees reasons why it could end in a month or two.
For one thing, he expects that retailers who haven’t done it already will likely soon start cutting consumer prices to move their aging inventories. That could open things up.

The cross-ocean shipping backlogs and container displacements that drove up costs so much in2021 have been alleviated.

“In the old days, three years ago, pre-COVID freight [charges] from most Asian ports into Los Angeles was $3,000 to $4,000. So we’re still not there yet, but it’s moving in that direction.”
But North American cross-continent transport, ie., trucking, is still expensive. The US freezer-storage shortage continues. And retail sales are slowing, Gulkin said, “although it varies from retailer to retailer.

“Some retailers continue to move product at a good pace and continue to reorder. Other retailer shave not been able to get rid of inventory, which they bought for previous programs,” he added. “So they, in some cases, are slowing down the delivery of existing contracts.”

The glut should continue to produce low prices at wholesale levels, possibly pushing the restaurant-and food-service sector participants who have cut shrimp from their menus to start adding it back or atl east running reduced-price specials to help move product, though he doesn’t see product forms produced by wholesalers or retailers changing much, Gulkin said.

And there’s always the Thanksgiving holiday and how much that might improve consumption levels, Gulkin said.

“I think it’ll be interesting to see over the next three months what consumption patterns are, what restaurant trade is like, what supermarket trade is, especially over the next six weeks,” Gulkin said. “That’s going to tell us a lot.” Other US shrimp import sources and how they’re trending: 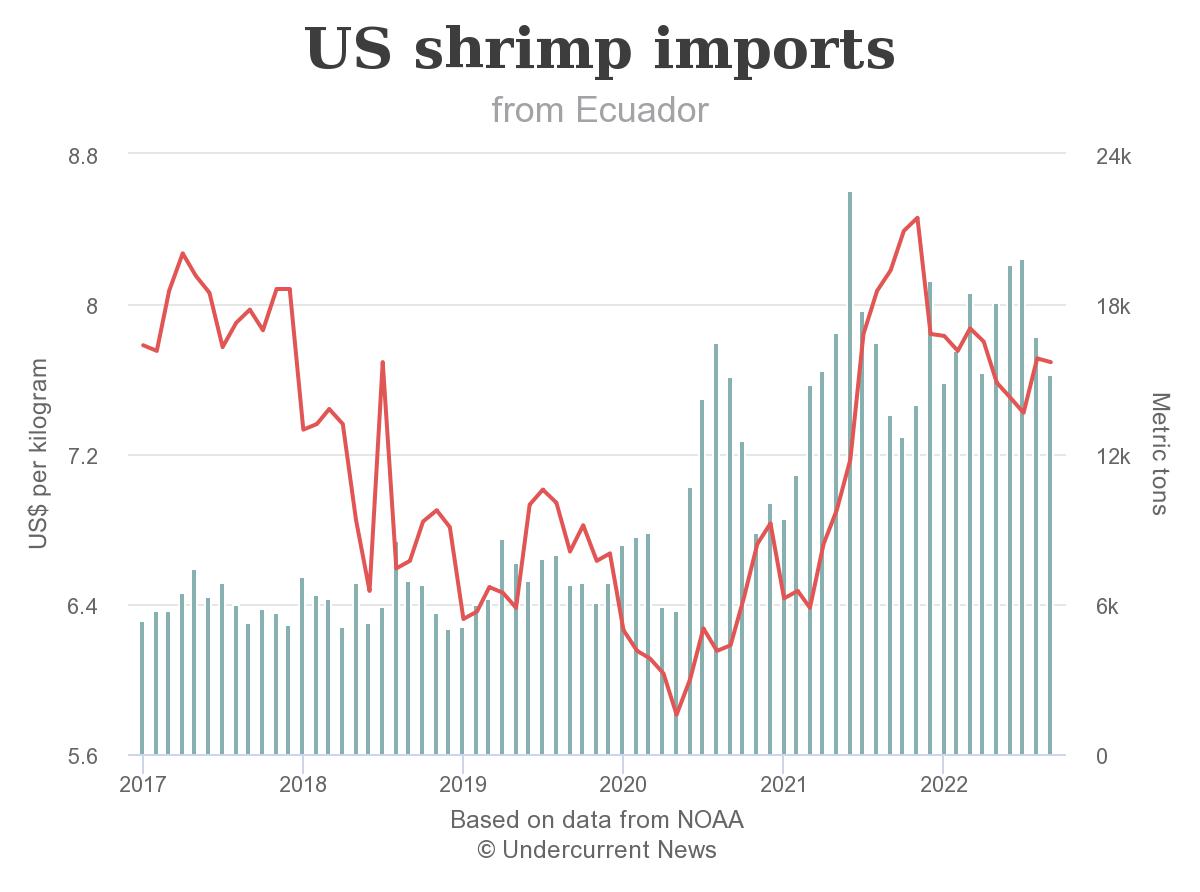 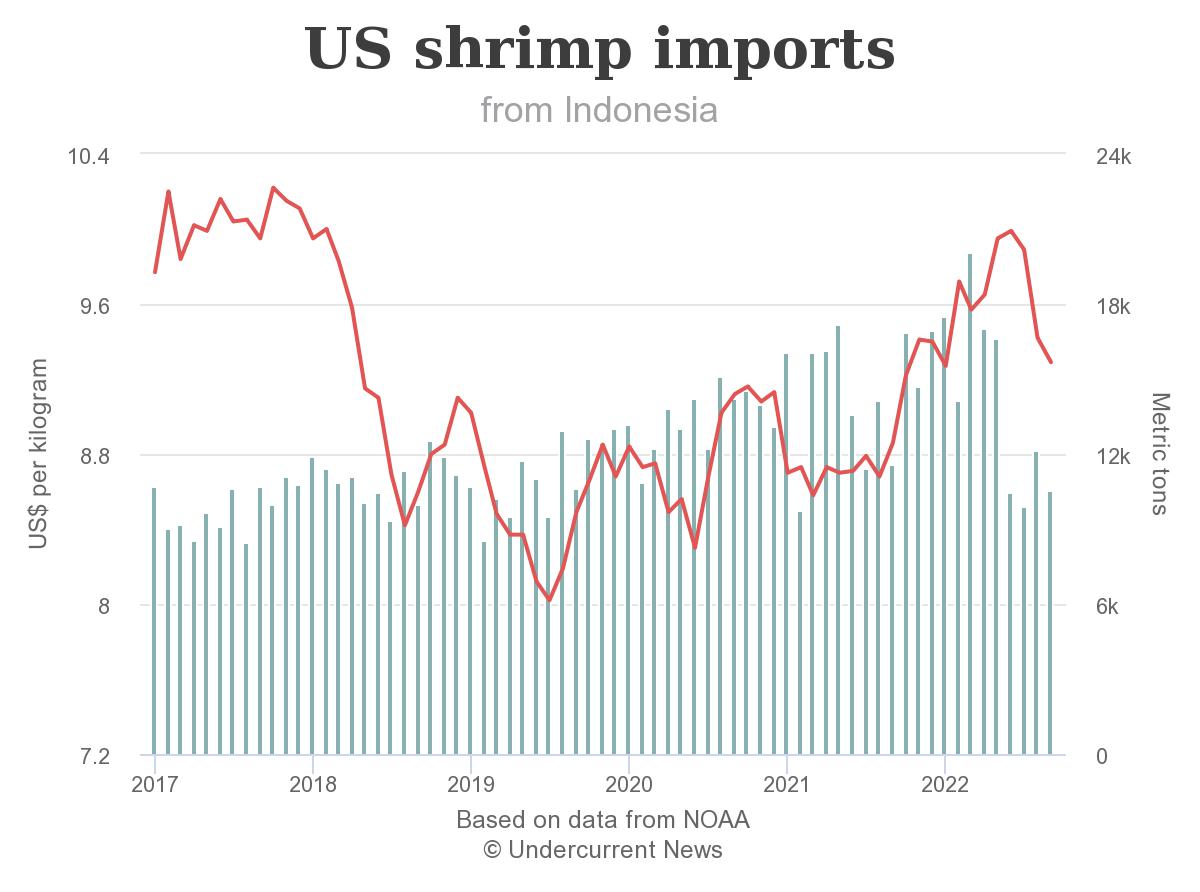 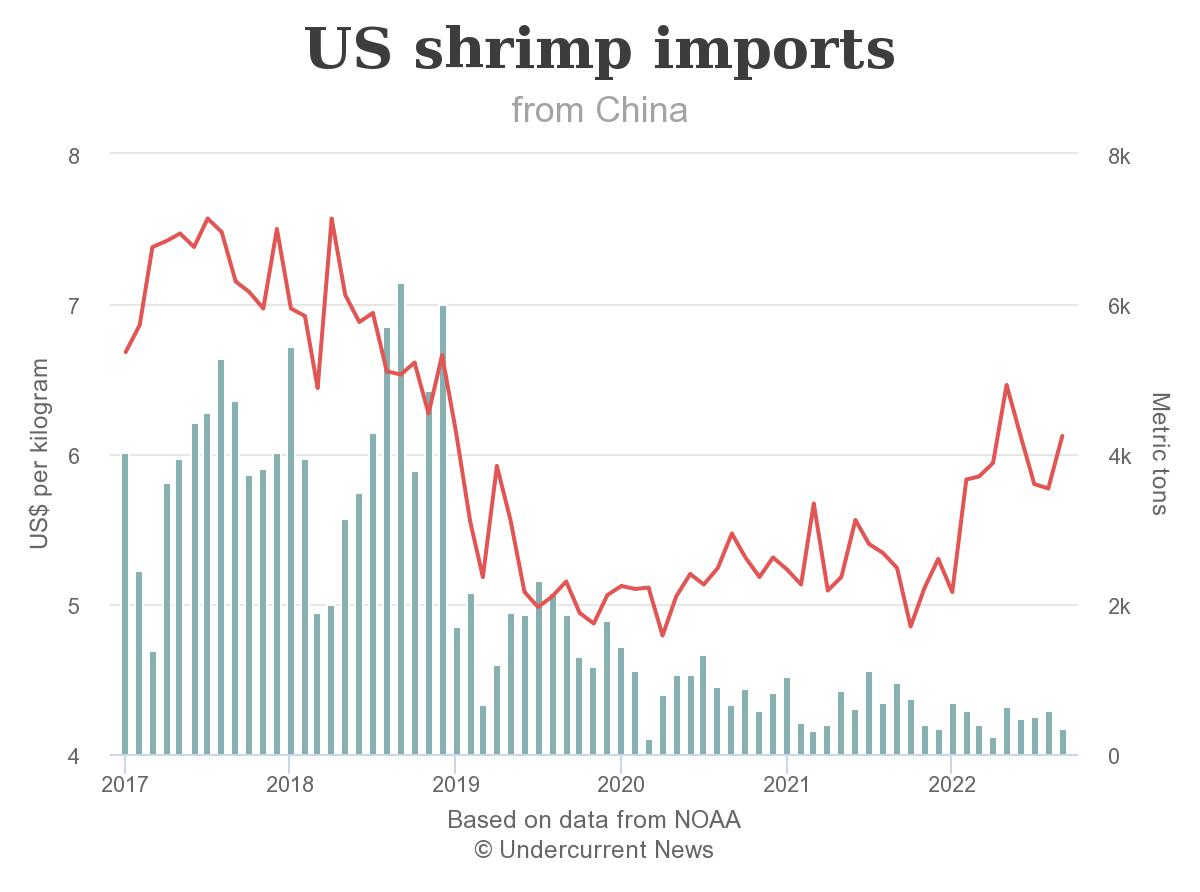 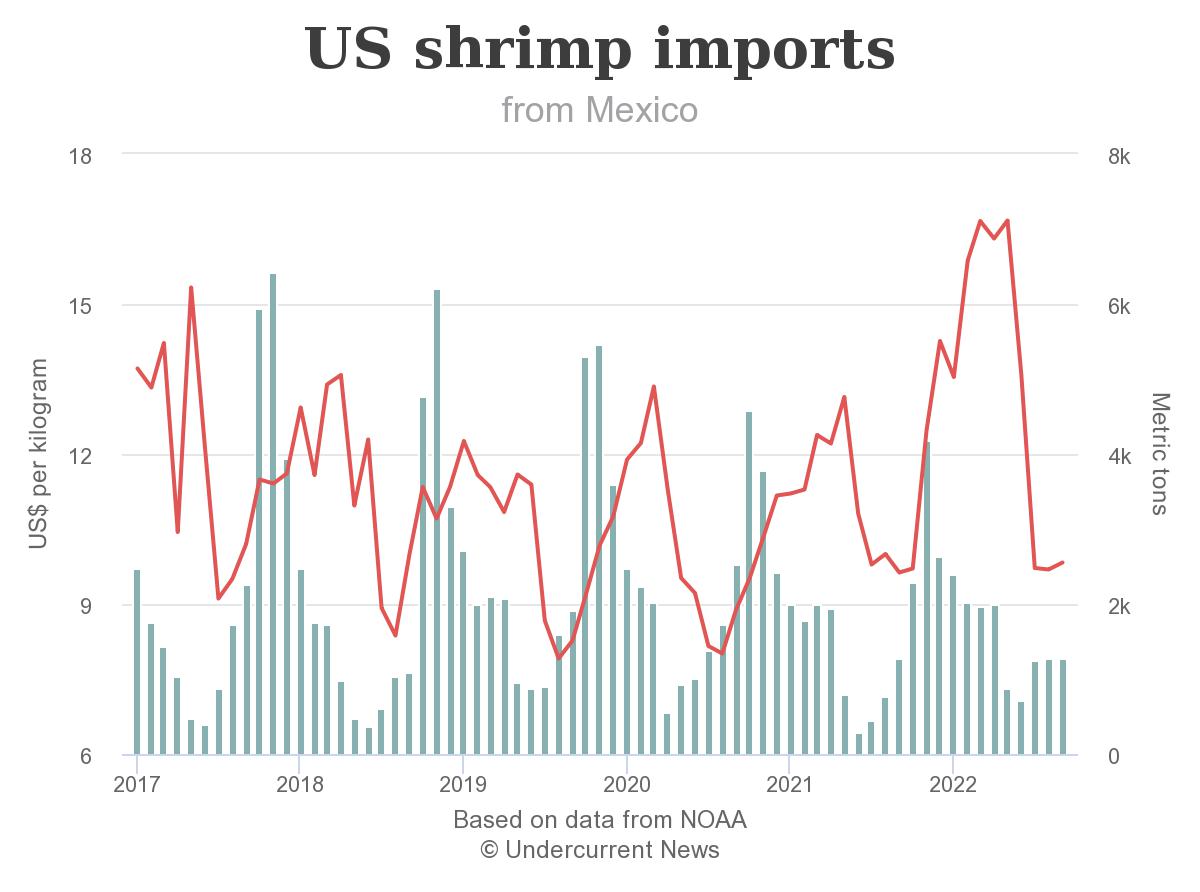